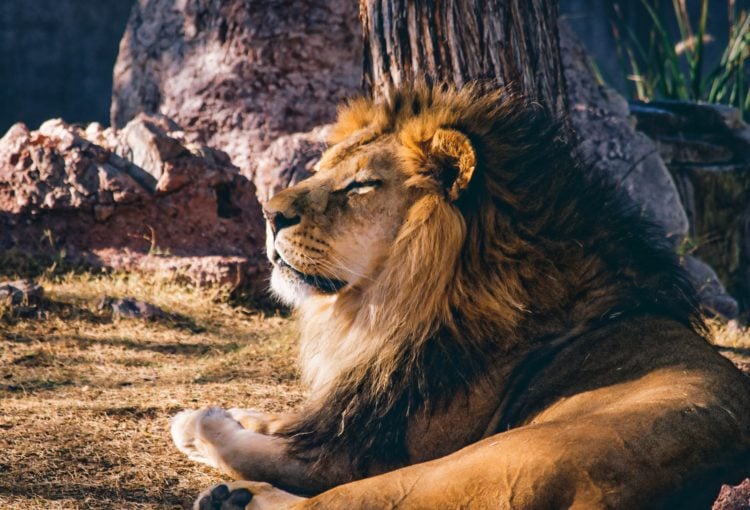 For wildlife enthusiasts, some of their best wildlife holidays have been ones where they spotted fauna reveling in their natural habitat.

Seeing the animals in their natural environments, uninhibited, and displaying their natural behavior is what makes a wildlife holiday perfect.

If you are a wildlife lover and ‘big cats’ catch your fancy, then there are some of the best destinations for your bucket list.

The majestic king of the jungle licking its paws after a hunt or the leopard basking in the sun atop a boulder; these are sights you’ll witness in Africa.

Masai Mara National Reserve is known for its game-viewing, with big cats like leopards, cheetahs, and lions dashing across the grassland after their prey.

The large game population of this reserve sustains many prides of these big cats.

The reserve shot to fame after Jonathan Scott filmed his series called BBC Big Cat Diary here, a documentary that captured the life of the Marsh pride lions. 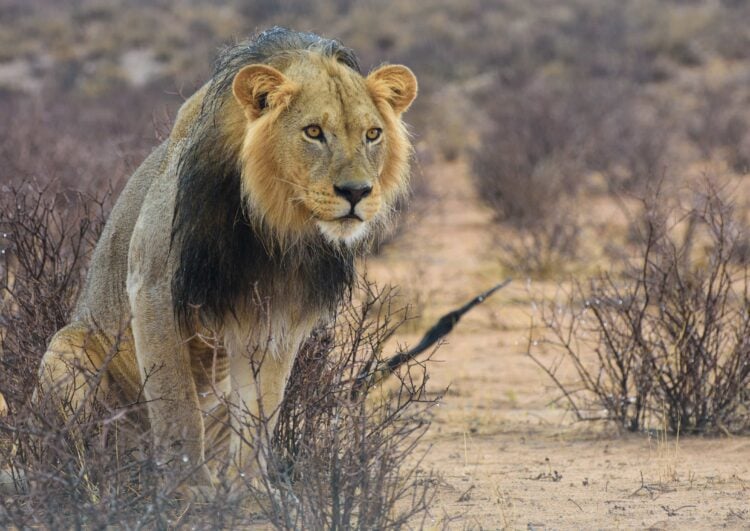 Africa alone has so many locations offering you a peek into the lives of these big cats in their natural habitat, with Botswana being one of the top spots.

The Kalahari Desert, with its vast sandy terrain, presents to you a beautiful landscape home to a large number of wildlife and predatory big cats like the iconic Kalahari black-maned lion.

The Central Kalahari Game Reserve is one of the largest game reserves in the world, in part because it was closed to people for so long, allowing wildlife to flourish.

The start of the year sees animals like zebra and springbok migrate to this reserve. 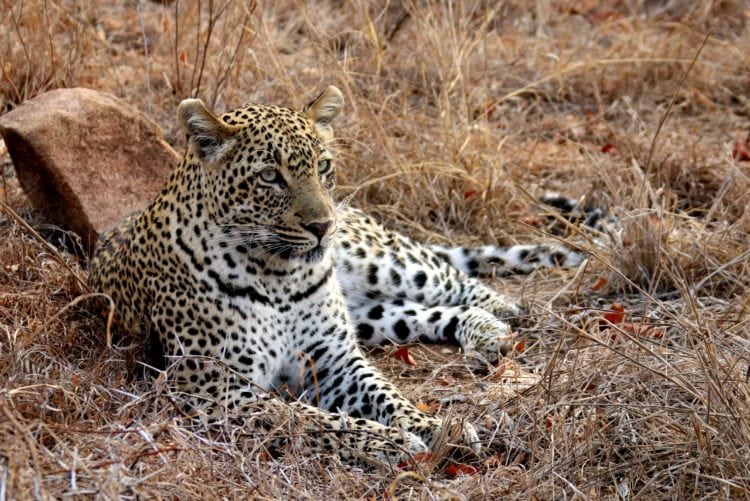 A leopard in Sabi Sand

Itching to see a dash of spotted lightning across undulating grasslands?

Then you must head to this wildlife reserve, which promises to give a thrilling and spine-tingling experience with these feline beauties.

This reserve is made up of a cluster of some private game reserves bordering the Kruger Park, which merges into the reserve without any boundaries, allowing wildlife to move freely.

For the brave-hearted, there is the option of taking an armed bushwalk along with a guide to spot leopards and lions racing after prey or simply lounging after a hearty meal. 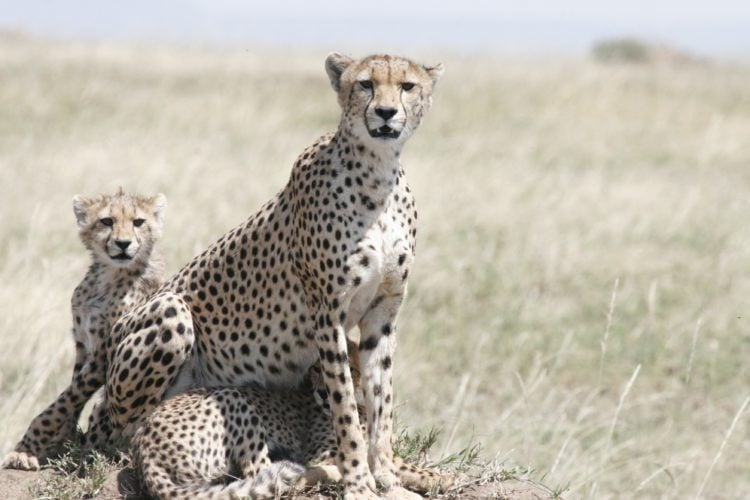 Female cheetah and cubs in Serengeti

These plains have been opened for tourists only recently and have become very popular when it comes to sighting the big cats.

Tanzania is often called the ideal big cat country because it is here that you can get fantastic cheetah sightings, right from one perched high on a tree to cute and cuddly cubs playing in the grass.

Set on the border of Namiri Plains is Serengeti National Park, which is home to almost 3,000 big cats and hosts the largest lion research project in Africa.

It is a hair-raising experience to see lions ambush unsuspecting calves in this park. 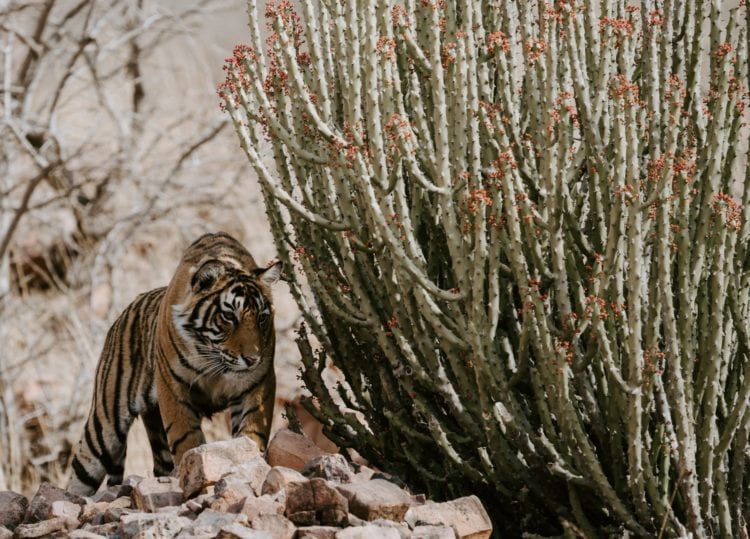 That mighty roar, those sharp as knife canines and stripes that move when he strides along fluidly like water, are what make a tiger one of the most alluring feline beauty to watch out for.

Tigers are considered the largest amongst the cat clan and also the most endangered one, with less than 4,000 tigers in the whole world, with the majority being in India.

Ranthambore used to be a hunting ground for the royal family of Jaipur before being converted into a reserve, and you can still see the remains of the Ranthambore Fort while navigating your way through the park.

Book a morning or evening safari to catch a glimpse of the mighty cats and other animals in the wilderness.

But remember, these big cats are quite elusive, so consider yourself extremely lucky if you spot one on the first go. 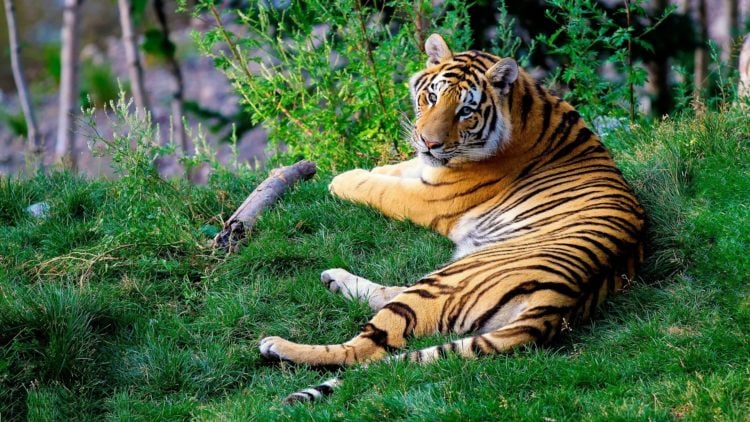 If we are talking about Tigers and India, Bandhavgarh National Park has to be on the list for its large number of tigers; almost a hundred Bengal Tigers.

It's not just the Bengal Tigers that you would spot here but also leopards, cheetahs, and even a few white tigers.

The National park is also known for Bandhavgarh Fort, which you must see when you plan a trip to the park.

There are three zones that the park has been divided into Tala, Bamera, and Magdi.

The chances of you spotting a tiger are the highest in the Tala zone, and that is why more tourists head to this zone.

This park is a breeding ground for leopards and deer whose large numbers support the food cycle of these big cats.

Yala National Park boasts of the most substantial leopard populace in the world and spans over 12 thousand square kilometers of wilderness.

It is quite a pleasant sight to see just a spotted tail flitting away joyfully from a branch where the leopards love to rest during the day.

The landscape of Yala is lined with dusty tracks, beaches, dense patches of forest, and marshes that provide a perfect backdrop for your adventure as adrenaline rushes through you in anticipation of a sighting. 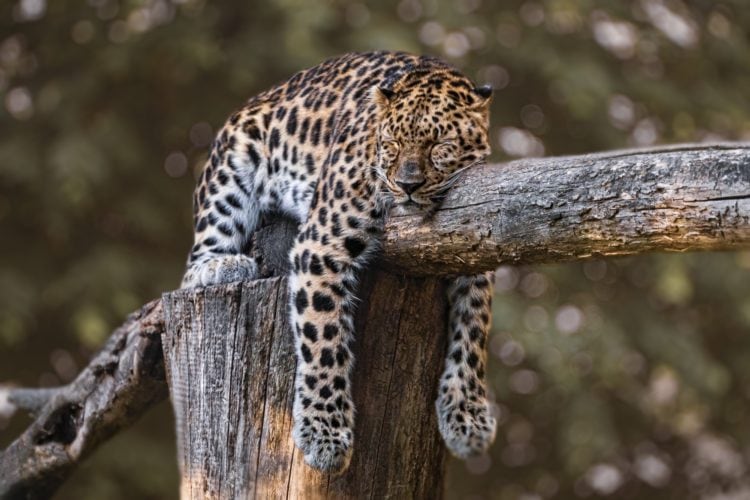 Isn’t a jaguar one of the most handsome ones in the cat family?

Those who have been to Pantanal wetlands in Brazil would never disagree with this after seeing these gorgeous creatures pursuing their prey with a determination that makes it almost impossible for the victim to escape.

Jaguars are known to kill with their leaps, and that is what their name denotes in the Guarani language.

The Pantanal is the most extensive wetlands in the world, and the riverbanks are where most of the jaguar sightings take place.

Now, this is one cat you wouldn’t mind crossing your path! 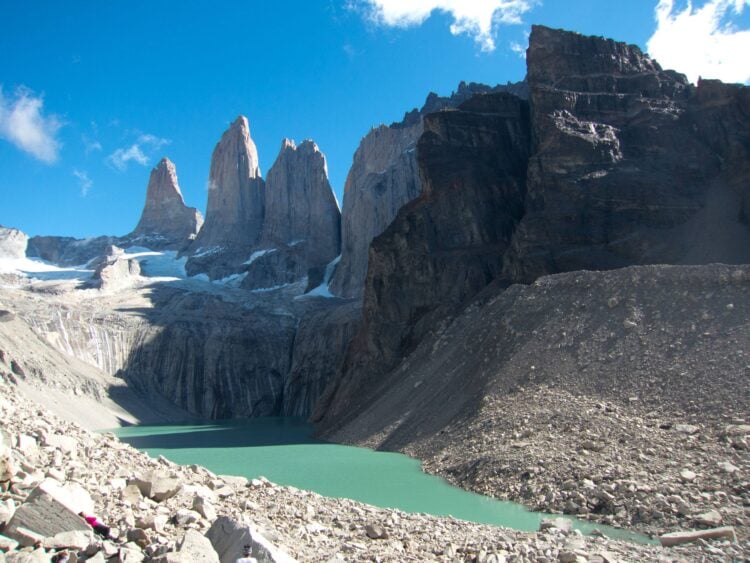 It's the puma that will pull you to Torres del Paine, Chile's premier national park!

These mountain lions will enchant you with their grace and beauty before suddenly giving you a display of their stealth and speed.

The park has soaring mountains that aim to touch the horizon, clear lakes, golden pampas, daunting icebergs, and almost 50 pumas.

Not many places in the world will give you a puma sighting but spend enough time here, and your odds go up. 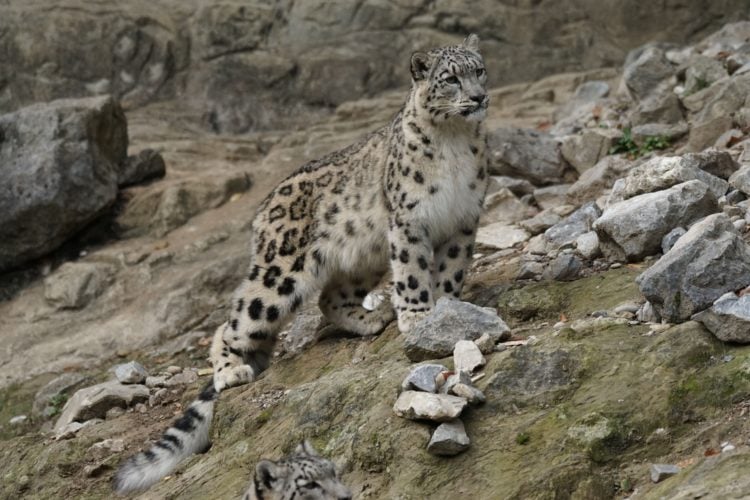 The chance of seeing a snow leopard up-close is only possible when the guides of the Altai Mountains in Mongolia take you to spots frequented by them.

These leopards are elusive by nature and know how to blend in with the mountains to evade the human gaze.

If you visit the park in August, you would even get to see the cubs in action. So, get a good pair of binoculars before you travel.

The thrill, the surge of adrenaline through your veins, and the fight between the urge to run away and stay to look at these majestic creatures is what makes a wildlife holiday watching these gods of the jungle genuinely memorable.

When you know that those sharp eyes are looking at you from behind the bushes, fear and joy both strike your heart, making the adventure truly complete.