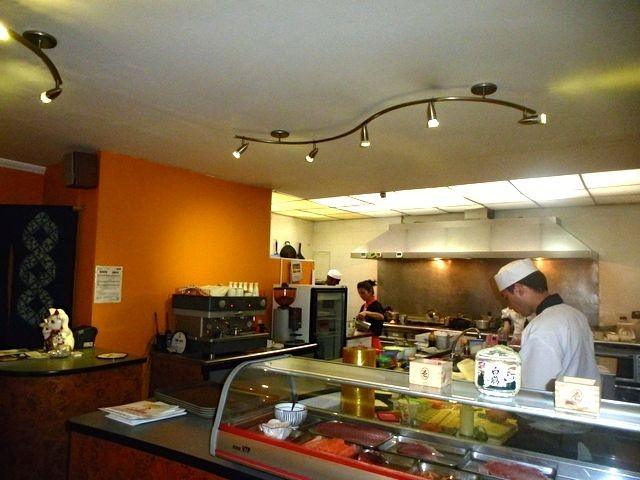 The open kitchen at Arigato

He came from Yokohama almost 20 years ago, hoping to contribute a bit of the culture from his native Japan, something he felt was a growing trend worldwide.

Now he's celebrating the 10-year anniversary of his own Japanese and sushi restaurant in Bogotá, and he just moved to a great new site, the spoils of his success.

This restaurant was one of the recommendations of the Bogotá Foodie, a place he said I just had to go if I really like sushi, and as usual, he was right.

We started with the large tempura mixto, a big plate of battered seafood and vegetables for 28,000 pesos (about $11), a great way to start dinner.

Then came the sushi.

My very first portion was a piece of the kenshin maki, a roll topped with salmon with eel inside. The salmon was incredibly fresh, so fresh it felt like it was melting in my mouth, while the flavor of the eel — one of my favorite foods — created a crave-worthy combination.

I later learned that Kenji imports his salmon from Chile every week.

They were all great, although, as you can probably tell, the kenshin maki is my favorite of them all.

At the end of the night, we talked to Kenji and I found out that he opened the restaurant with a commitment to the kind of authenticity and quality he is used to in Japan.

When he got to Bogotá in 1999 he started working at Wok, a chain restaurant with a menu that offers a variety of Asian food, everything from Japanese to Vietnamese. He eventually realized he could have his own restaurant, a place where he could use his own recipes, recipes from home.

He and his wife Maki bring in fish daily from the Pacific Coast, a practice that ensures most of the fish they use has never been frozen. If another restaurant does this, I do not know of it.

This is why it can be a little pricey at Arigato, but I'll pay more for that kind of quality. In fact, I went back the following week. 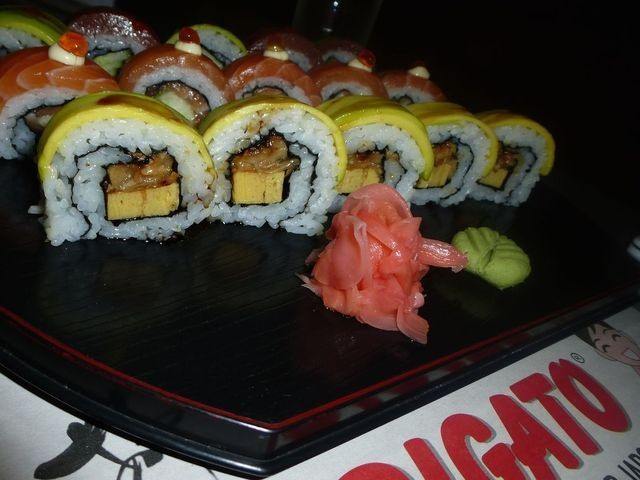 I was tempted to order the kenshin maki again, but I decided to try three different rolls, all half portions. I went with:

Altogether I spent 51,000 pesos (about $20). That included the extra 6,000 pesos (about $2.38) I paid to have imported tuna from Spain with my daruma maki. It was hard to tell the difference from other tuna, but I think the Sriracha, such a rich sauce, had a lot to do with it.

That would be my last meal at Arigato's original location, on Calle 76 in the Chapinero Alto, one of Bogotá's most popular neighborhoods. Kenji and Maki are still in the same barrio, just in a better location: next to Plaza Atlantis and across the street from Parque 80.

It's slightly bigger, although the interior layout is the same, with the dining tables to the left and right and an aisle through the middle, toward the back of the restaurant, where an open kitchen allows you to watch you're sushi being made.

It's a great way for Kenji, Maki and their employees to take pride in the preparation of your food, something they've done for 10 years now, and I hope at least 10 more.

Sounds delicious! When in Bogota, you should try ajiaco - a type of soup made of chicken, potatoes, and flavoured with a locally grown herb called "guasca". Traditionally, cream and capers are added just before eating.