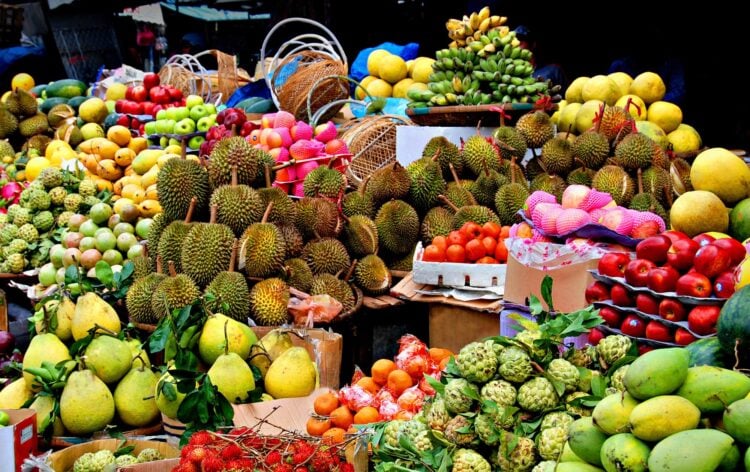 The countries of Southeast Asia are colorful, bright, and full-flavored in various ways, and this also applies to their organic produce.

The fruits and vegetables of countries like Vietnam, Thailand, Indonesia, and Myanmar are taste sensations and experiences for those more accustomed to temperate cuisines.

Each one has a very distinct look, feel, and taste that is often found nowhere else in the world.

Many travel entrepreneurs may be looking to create a travel website to take things forward. A reliable and effective travel website builder is an essential tool for any business in the travel and tourism industry.

Southeast Asia continues to be a popular draw for digital nomads and travel bloggers seeking a lower cost of living.

Whether you're planning to move there or visit on vacation, here are ten different fruits and vegetables to try in Southeast Asia.

The pomelo is a large citrus fruit that seems like a grapefruit but without the sharpness.

The flesh can be yellow, green, pink, or red, and they can be very sweet and rich in flavor.

Pomelos can be made into refreshing drinks or desserts and are commonly found across Southeast Asia.

Love it or hate it, the durian is something of a delicacy in the warmer countries of East Asia, and especially in Malaysia.

Durians have an overpowering richness that is almost like a mature cheese.

They also have a pungent smell that has led to durian bans in hotels, buses, and other public places. 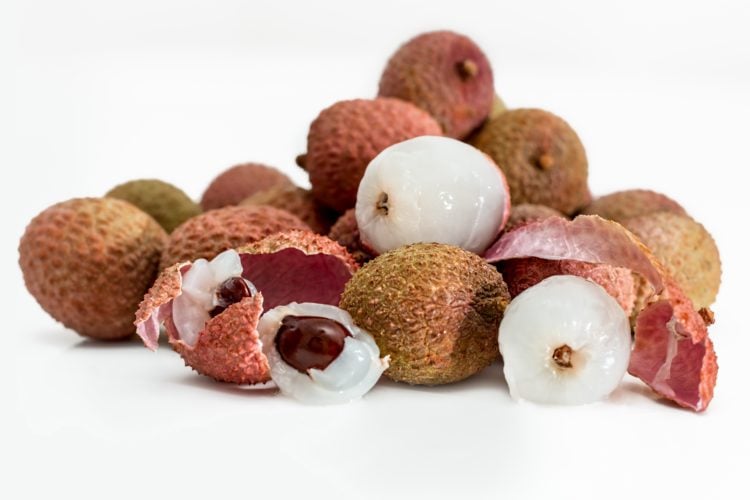 Lychees are luscious, fleshy fruits that bear some resemblance to sweet grapes.

They originate from Eastern China and are widespread across Southeast Asia, as well as in drinks and desserts.

Lychees are small fruits with a red or pink textured surface, and they grow on lychee trees. At the center, they have a large, black seed.

A large, oval-shaped fruit that grows on the jack tree, these exotic fruits have starch and coarse flesh and a deep, rich taste with hints of banana, mango, and pineapple.

Jackfruits are often used in curries, as a meat substitute, or in desserts and sweets. They have a rough, spiky, and oily surface. 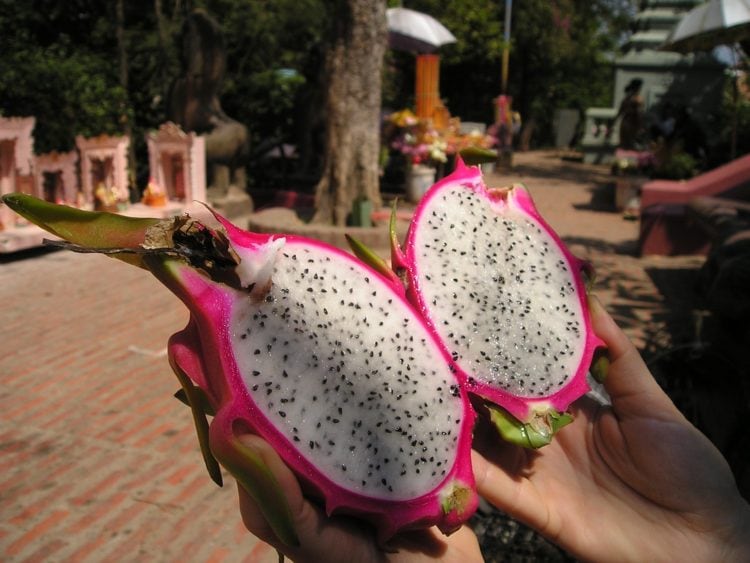 Easy to spot, dragon fruits have a bright pink exterior and the shape of a hand grenade.

Beneath the skin, they have either white or purple flesh spotted with small black seeds.

Dragon fruits are known for their numerous health benefits from vitamins and antioxidants.

The flesh is soft and with a mild taste, though purple dragon fruits are usually stronger and sweeter.

Originally from the islands of Indonesia and Malaysia, Mangosteen is mainly grown in Southeast Asia and some parts of the Americas.

The fruit has a hard, purple, rounded exterior that opens up to a white segmented flesh that is sweet, tangy, and textured.

Mangosteen is used in salads in Vietnam, and in traditional medicine. 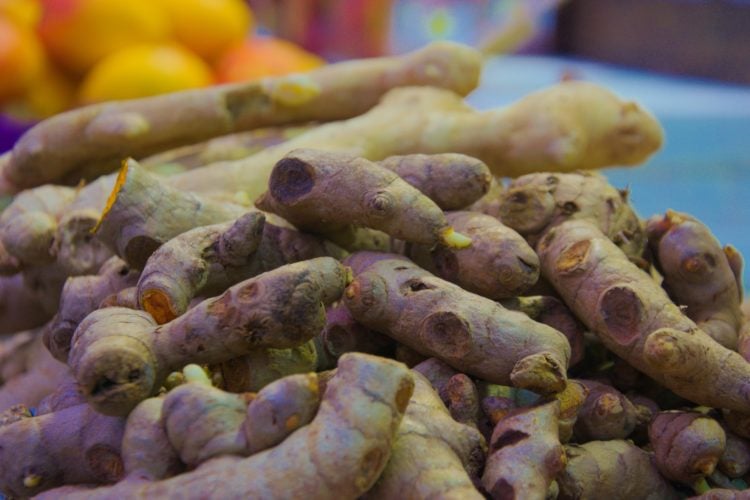 Turmeric is known for its anti-inflammatory properties

Turmeric is the root of a flowering plant that belongs to the ginger family in Asia. It's used for coloring, flavoring, dyeing, and even in certain medicines.

It is often ground into an orange powder that is sold in markets, and is commonly used in Southeast Asian curries, such as Indonesian Rendang. It is also used to flavor sweet rice cakes.

Another fruit that originates from the Indonesian archipelago, Rambutans are similar to lychees and longans in taste and appearance.

Now they are found throughout Southeast Asia and have a pink or red exterior with soft spines that make them look similar to sea anemones.

They are small with sweet, white flesh and black seed in the center. 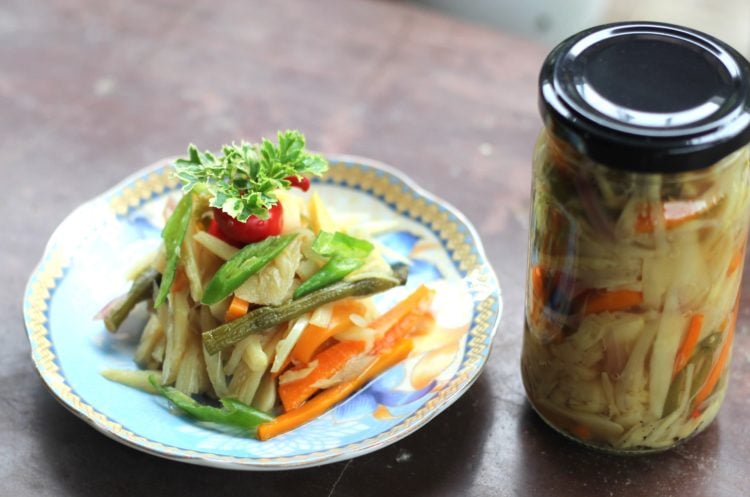 An unmistakable symbol of Asia, bamboo shoots or sprouts are the part of the plant that is edible.

These are delicious vegetables that are common to many Southeast Asian dishes, such as Tom Kha soup from Thailand or Ginataang Labong from the Philippines.

Bamboo shoots contain protein and fiber, but they must be boiled to destroy the natural toxins.

Daikon is a large, white radish that is common to East Asia and Southeast Asia. They can vary in size and thickness, and may be very large.

They are usually mild in taste and are commonly used in salads, Vietnamese bánh mì sandwiches, and sinigang stew from the Philippines.

There is evidence that Daikon was brought to Egypt along the Silk Road 5,000 years ago.

This exciting region of the world has too many fruit and vegetable varieties to mention, but not too many to try.

For every traveler to Southeast Asia, the weird, wonderful, and delicious produce should not be missed.

This is all part of enjoying the travel experience in these unique and fascinating countries.

This article is provided in partnership with Ning.com.

Rosie Martins is a web designer who is fond of marketing and traveling is her kind of leisure. She is also a foodie, so she brings a new recipe from every trip. So far, Asian is her favorite cuisine.