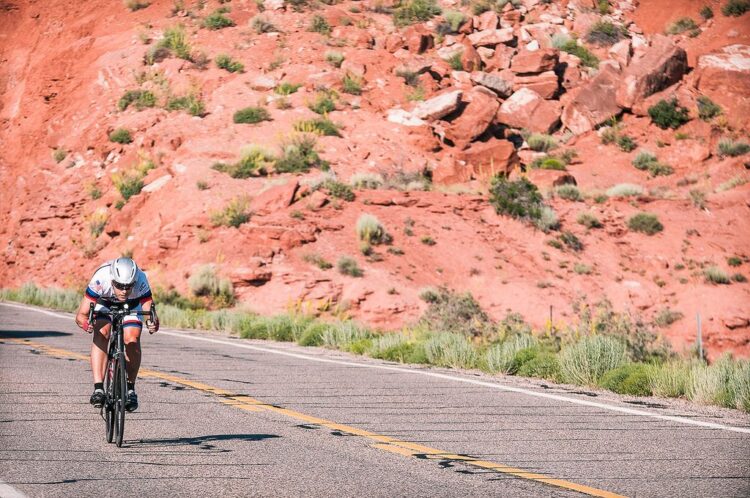 The rise of sports holidays has been a constant trend for more than a decade.

For many reasons, holidaymakers have decided to swap relaxing on the beach for a growing range of activities both at home and abroad.

One reason has been the growth in various sports due to the high profile of the Olympics, Tour de France, and Davis Cup.

That’s combined with growing awareness of the value of fitness and healthy living, particularly among the younger age group.

For older sports tourists, an activity holiday is often a chance to focus on training and competing without the distractions of work and family life.

A corresponding growth in individual holiday trips has made the idea of vacation centered on sport more appealing as it gives a focus to trips and a shared interest around which new friends can be made.

And even though there was a slight dip in growth a few years ago due to the global economic recession, sports holidays have benefitted due to the desire to get more value for money.

Travelers now want to get the maximum from their leisure time and take advantage of the ever-increasing levels of customization they can get from holiday companies.

Since the invention of the bicycle, cycling trips have been a well-established leisure activity. But the growth in cycling at home has also led to a 10-40% increase in bicycle holiday bookings.

These range from the change to spend time in North Devon training with Olympic gold medallist Victoria Pendleton to Pippa Middleton and her brother James competing in the 3,000 mile Race Across America, which crosses 12 states from California to Maryland.

Meanwhile, endure and mountain bikers can experience events such as the 2,000 competitor Megavalanche race at Pic Blanc in Alpe d’Huez in France.

You don’t have to book a particular running holiday to get out and stretch your legs.

But in addition to specific training camps, many runners take the opportunity to compete in international races and marathons.

Who wouldn’t want to swap training in the wet and cold for a week with former London Marathon winner Mike Gratton and a team of experts putting you through your paces with beach running, yoga, and core training, plus post-run massages in Portugal?

Among the more unusual race venues are the Shangri-La Marathon in China, the Marathon des Sables in Morocco, the Mont Blanc Ultra Marathon, and the Jungle Ultra, which takes place in the Amazonian jungle in Peru and requires competitors to carry their sleeping bags with them.

It may be a relatively recent Olympic addition, but Triathlon holidays attract a particular and focused group of devotees.

A recent Yougov survey found the primary demographic was competitive alpha males around 40, with one in five triathletes traveling overseas to compete.

If you’re looking to focus on training or competing in a triathlon or mixed events, then the Iron Man World Championship is worth considering.

Other cross-discipline events abroad include the Patagonian Expedition Race, which includes trekking, mountain biking, and kayaking, or the Iditarod Trail Invitational to cross the cold and snowy terrain by bike, hiking or skiing.

Skiing remains popular. A rise in bookings over the last year is down to British skiers, who account for more than half of the luxuries chalet holidays in France and Switzerland.

Val d’Isere in France and Verbier in Switzerland are the most common destination.

For the competitive, the Arctic Circle Race is a 99-mile cross-country event held over three days in Greenland.

But easier, beginner events take place across Europe, such as the weekly night-time Millet Ski Touring race in Courchevel in France, which is just six euros to enter and takes around an hour.

Snowboarders also have a variety of destinations with freestyle snowparks.

Some of the best include Meribel, Avoriaz, Flims Laax, Les Deux Alpes, and Mayrhofen.

The East Coast of America has cheaper options than Colorado and Canada, but all will give you an excuse to indulge when you do come in from the cold.

While football trips typically involve traveling to support your team, there are a growing number of schools and academies at resorts around the world.

It’s perfect for sport-addicted children to improve their skills while parents can take a break and relax or enjoy their hobbies.

One example is the Chia Laguna Football Academy in Sardinia.

Boys and girls 5-14 spend the week training with either Juventus club coaches or 6-16-year-olds train with Premier League and former International players, including Bobby Zamora, Andy Johnson, and Martin Turner.

Hanging out in a boat is a fun way to spend a holiday. But if you want to take things to the ultimate test, the Clipper Round the World Race is the most significant opportunity for those with no previous experience is needed.

You have the option to take part in just a portion of the race, rather than the full 40,000 nautical miles.

And training is provided, but you’ll still have to cope with rough weather, cabin fever, and seasickness.

There has been a massive growth in indoor climbing walls to help introduce newcomers to the joy of ascending a vertical wall or rock face.

And Europe has an excellent selection of outdoor locations to hone your skills, including Portland in Dorset and the Llanberis Pass in Snowdonia.

Ailefroide in France and Siurana in Spain are also great places to hone your skills from beginner to intermediate.

Another growth area of climbing has been bouldering, which involves climbing low-level crags and boulders without ropes.

It was invented in the Fontainebleau forest just south of Paris, and another famed location is Vastervik, close to Stockholm in Sweden.

While the desire to find new spots has long been a part of surfing, new high-tech wetsuits have opened up a range of colder locations to provide an alternative to the crowded tropical waters.

The UK has seen significant growth in the sport with around 500,000 surfers and an increase in festivals and competitions.

This means going further afield to remote islands in Russia, Canada, and Japan.

But to experience something similar without so much hardship, the Unstad Arctic Surf School on Norway’s Lofoten islands is increasingly popular with families and beginners.

One additional benefit to the location is that by being in the Arctic Circle, the sun never sets during the summer, meaning midnight surfing is always an option.

These are just some of the sports holidays available, most requiring dedicated sports travel insurance.

The growth in the market has seen a huge variety of unusual extreme sports.

In addition to the likes of sandboarding, canyoning, cage diving with sharks or crocodiles, you can experience the world’s longest and fastest zip line in Snowdonia, or for your favorite bearded hipster, log rafting in Sweden.

What could be better than spending your holiday building your raft and hoping that it doesn’t sink as you float down a river?

And while some of the activities and competitions do require some previous experience, the mix of risk, adrenaline, and focus will give you a holiday to remember.

As well as potentially new skills, a higher level of fitness and some new sporting friends.

This story was provided and published in partnership with Digital Push.