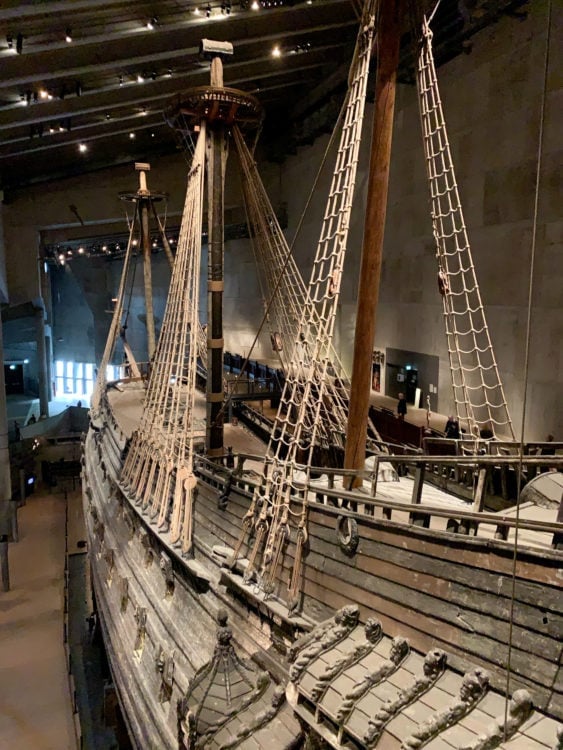 Why on earth did I visit Stockholm in January?

The answer: I had frequent flyer miles about to expire, and this destination was a special, low-miles rate.

However, Sweden's freezing temperatures led me to something I often overlook: visiting museums and cultural exhibitions, instead of wandering a city's streets and hiking her nearby mountains.

By far, my favorite place in Stockholm was the Vasa Museum.

The Vasa is a 17th-century warship that sank in the harbor a mile into her maiden voyage, due to poor design.

Because of the conditions in the harbor, the wood-eating shipworms found in most of the oceans cannot survive, and the Vasa was preserved remarkably well. 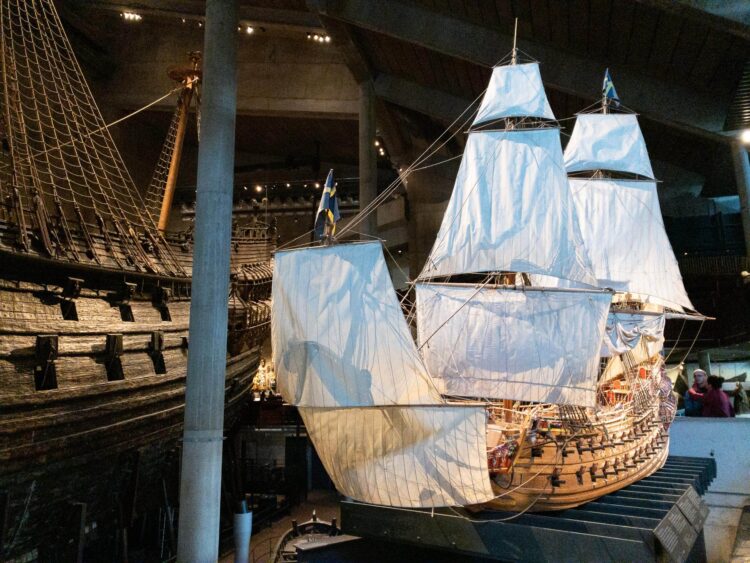 And the current view, after being underwater for 333 years: 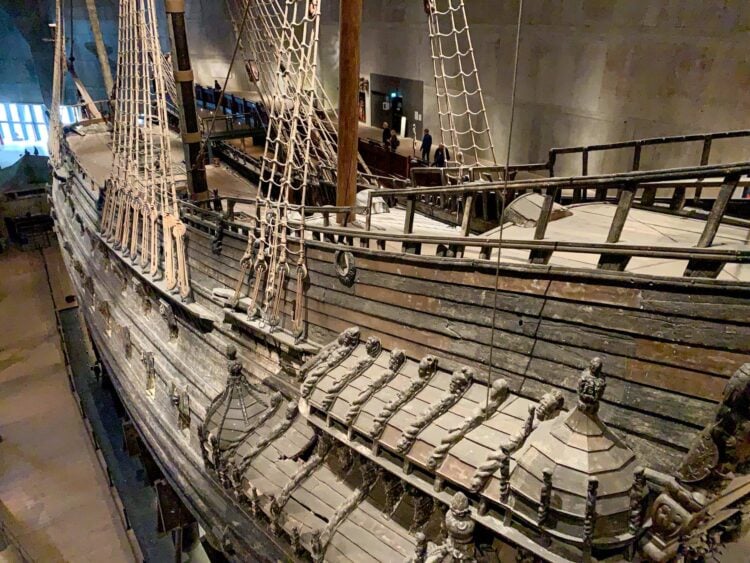 I spent over an hour just taking pictures of the ship from different angles.

Besides housing this marvelous vessel, the museum also details what life was like for ship going Swedes of that period.

Much of that knowledge was gleaned from artifacts (and skeletons!) found on the recovered Vasa herself.

After a sub-zero day spent walking between museums in beautiful Stockholm, I needed a drink.

It was so cold there that frost “grew” overnight, over a centimeter of frost!

So, where did I go for a refreshing beverage?

No, as a New Englander, I hitched em up and strolled into the Absolut Icebar in the Nordic Sea Hotel.

Inside the Icebar, it was -5C, a full 10C warmer than outside.

For the rather expensive ~Euro 18 entry fee, I received a drink coupon and a wooly parka.

Check out the stylin' bar made entirely of ice! 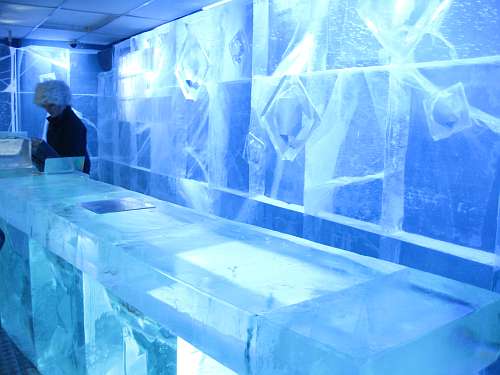 The Absolute Icebar in Stockholm

There's nothing quite like drinking a tasty vodka martini from a glass made of ice (resting on a bar of ice) while sitting on an ice stool.

Whether it's the right experience for your next vacation or round-the-world stop, that's up to you to decide.

If you're in Stockholm in the summer with a few good friends, I'd recommend it as a cool place to get a few drinks! 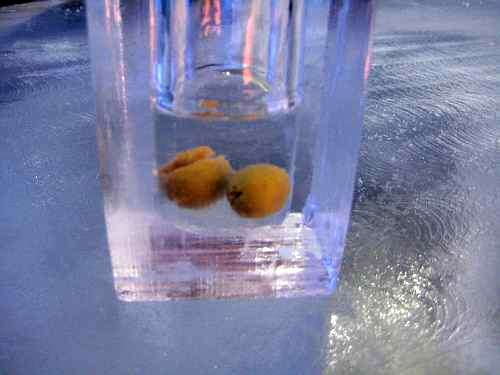 A glass made of ice

Stockholm has a lot more to see: I enjoyed the Nationalmuseum, a moose burger, my hostel (which was a ship floating in the harbor), and a cool bar called Garlic & Shots.

Let me warn you. The garlic beer is simply a light beer with two cloves of raw garlic crushed and floating on top.

Whether you go to learn about the culture, museums, original bars, or friendly residents of Stockholm, I guarantee it will be a great experience you won't soon forget.

Sweden is somewhere I plan to return. Next time, in the summer!

About the Author: David Douglas is a fantasy author and blogger, about to embark on a 3-month trip around the world. You can read more of his travel tales at http://traveldave.com, or find him on Facebook.

Stockholm has dozens of excellent museums, but the Vasa was definitely my favorite.

We have also a winter experience in Stockholm. Stayed in Sverige for 4 days in cosy budget hostel Lodge32 for a Christmas holidays. It was fun.This time of year all the city ready for a holiday.Bright, kind and magic. We had a nice shopping on the Christmas markets. Most of all we enjoyed ski in Kungsträdgården. Kungsträdgården park, which has an outdoor (and free!) ice rink in the winter for anyone to use. Weekends see a grill lit for a communal bring-your-own BBQ at the side of the ice rink. Here, the crisp fresh air is sporadically scented with hotdogs being grilled on most streets. Place full of hot chocolate and cake.After few hours on the ice rink cup of hot chokolate so delicious.:)

Hi ea test, I saw on the homepage of the Absolut icebar that they have locations not only in Sweden, but also London and the Mojave desert. A friend from Singapore mentioned that there are several icebars there, though they may not be run by the same company. I got great photos in the Stockholm one! :-)

I would definitely want to try the Absolute Icebar. I've been curious about places like this and would want to experience it.