Editor's note: This is Part 2 of a two-part series. Read Part 1 here.

That brings us here, to Bogota vs. Medellin: Recreation, Safety, and Transportation.

We'll touch on entertainment, green space and the pace of life as well, before giving you our conclusions on everything. Let's get to it. 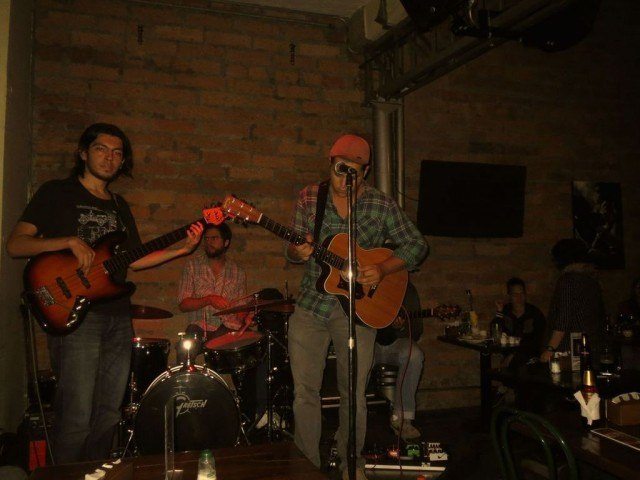 Bogotá, being the capital and bigger city, has more concerts and festivals than Medellín. That's a fact.

As for weekly entertainment, they're about equal.

You can find a variety of live music, bars, and clubs in both cities.

Medellín leans heavier toward salsa and reggaeton, but you can find jazz, rock, and tango as well, just as you can in the capital.

I hear so often how much greener Medellín is than Bogotá, and maybe this is true to some extent. Daily in Medellín, you see more parks and trees than you would in Bogotá.

Medellín's best neighborhoods tend to be concentrated in the southern half of the city, where most foreigners spend their time. Therefore, they see the prettiest parts of the city more often than not.

In Bogotá, it's so big, and everything is so spread out, you can't help but pass some areas that are all concrete and no green.

For example, most of the hostels in Bogotá are in La Candelaria, in the south, but the nightlife is in the Zona T, in the north.

That means foreigners are forced to pass some ugly areas in between.

This kind of selective imagery, based mostly on geography, can alter one's views. So let's look closer.

Bogotá's biggest park is Parque Simón Bolívar at 988 acres. To give you an idea of how big that is, Central Park in New York is 843 acres.

That's about a third the size of Bogotá's second-biggest park, Parque Nacional Olaya Herrera, which covers about 700 acres.

Here's where Medellín has the advantage: the beautiful Parque Arví.

The city's Metrocable allows easy access to the park in the eastern hills, a green space of more than 4,350 acres!

But the park isn't actually in Medellín, and it will take you a while to get there, maybe an hour or so if you're in one of the more popular areas with foreigners, Laureles or Poblado.

I already alluded to this in the culture and economy sections, so I won't spend too much time on this. I'll keep it simple: things in Bogotá happen faster.

People drive faster, move faster, walk faster. About the only thing they do faster in Medellín is talk.

Green space is a part of this, sure, but there are other amenities that recreation covers.

My favorite, and the big difference between the cities, is the Ciclovía. Both cities have them, but Bogotá opens so many more streets to cyclists, pedestrians, and skaters than the Medellín's Ciclovía.

Bogotá is in a wider valley and has that luxury.

Otherwise, both cities have interactive parks for kids and nearby outdoor activities such as hiking and zip-lining.

Bogotá surpassed Medellín in homicides, 1,283 to 924, according to the latest statistics I could find.

Let's dig deeper, though, because the numbers don't tell the whole story.

A lot of those murders are drug-related and occur between people who know each other. In other words, if you don't go looking for trouble in either city and are aware of your surroundings, you should be okay.

I just touched on this last week, when I ranked Bogotá's Transmilenio system higher than Medellín's Metro system.

They're both great systems, so good you don't need a car in either city, but Bogotá's system is more extensive — my No. 1 concern; Medellín's system is a little less hectic and more innovative, something preferable to others.

It just depends on what you want, the entire point of this two-part series, which leads me to…

The cities are even in several key areas: dining, entertainment, green space, safety.

That means your decision should come down to other variables, and here's what I think:

If you're a hard-charging go-getter who puts work above all else, who looks at big crowds moving at warp speed as beautiful chaos, who likes to cover a lot of ground by bicycle when possible, who prefers a more international and atmosphere, who doesn't mind seeing dirtier streets and braving slightly frigid weather and, sometimes, people to match the climate, move to Bogotá.

If you're a laid-back person who is retiring or is looking for a place that puts social life ahead of work, who is more comfortable in a smaller city where you'll rarely feel overcrowded, and you'll usually see cleaner streets, who is more adaptable to a city with a warmer climate and friendlier people, who doesn't mind that these friendly people might not keep their word, move to Medellín.

They both sound like good cities that I'll be visiting soon hopefully.