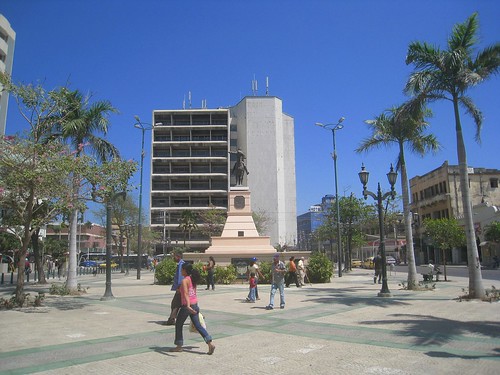 Stepping out of the cool bus Friday morning, I was immediately greeted with the heat and humidity of the Caribbean coast.

The sun was shining and there was not a cloud in the sky.

Lonely Planet and the few travel blog entries I´d read about Barranquilla, describe it as something of a big urban port city lacking the flash of Medellin or Cali, and the beaches and old city of Cartagena.

In particular, the city center where budget hotels are located is dodgy at night.

Two weeks earlier, I was excited to have a confirmed couchsurf. At least I thought it was confirmed.

A few days before leaving Medellin, I began to call and write the guy but didn´t hear back.

Already committed to attending Carnaval for the weekend, I decided to stick with the plan.

Upon arrival in the city, with still no word from my potential host, I used the internet at the bus station to plead with a few other couchsurfers who initially declined my requests (because they were already hosting other people).

I had at least one positive response offering some floor space. I felt a little better.

I then called Hotel Olimpico, which I first learned of in a guy's travel blog from the previous year.

It was also listed on the Wiki Travel site for Barranquilla.

Thankfully, they had a private room available, though I would be paying the higher than normal rate of $20 per night.

I immediately took a cab and got the room. 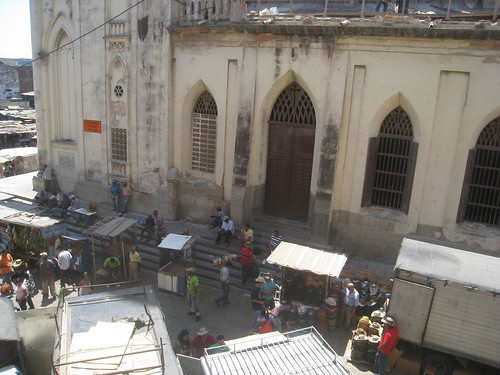 After a shower, some rest, and TV, I took a walk around the neighborhood which was bustling with street vendors selling Carnaval-related goods like the traditional woven hats, colorful (and brash) t-shirts, cheap sunglasses, and specially-formulated shaving cream among other things.

The mood in the street was positively upbeat. Carnaval is the city's claim to fame, and its annual chance to showcase itself to the rest of Colombia and Latin America. 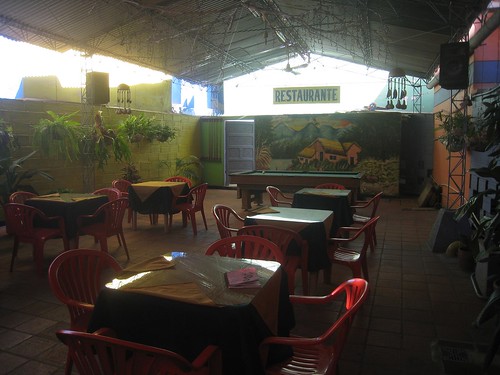 In the evening, I met a group of four Irish travelers who had arrived from Taganga, a small fishing village a few hours east along the coast which I had initially planned to visit after my (now canceled) flight to Santa Marta.

Dave and Jen were dating, and Jen and Matt were siblings.

I was the 5th wheel, but they immediately welcomed me into their group.

We had a few beers in the hotel´s recreation/dining room and took a cab to the northern part of the city in search of dinner and fun.

After scouting an area recommended by the hotel staff, we settled on a Lebanese restaurant for dinner.

Next, we crossed the street to a popular bar and had a few beers on the terrace.

It was an early night, but a good warm-up for the main event which kicked off the next day with a big parade.

Nice article. The Carnaval sounds like it was worth all the trouble.

Interesting guide I won't be lost when i be there

Your web is very useful I liked a lot and I will return to read again. For my site hotel and guest house

Travel definitely requires a lot of flexibility! I used to be the kind of person that would completely freak out if I didn't have every little detail planned...but now I'm better at going with the flow and figuring out backup plans as needed. I'm definitely intrigued by Colombia and I think it's awesome you're living there now!

I agree....the flexibility part goes against my nature which is why I think I enjoy being out here so much!