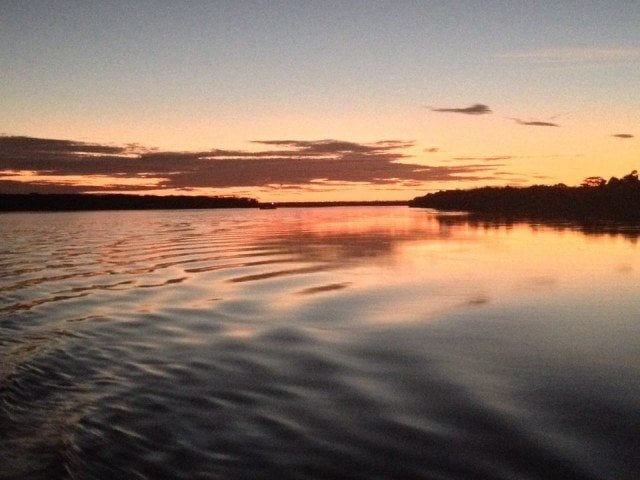 Those 3 1/2 weeks were not enough. There are places I still want to see in Peru.

It's such a big and beautiful country, so even though I hit the food scene in Lima, the ruins in Machu Picchu, the sand dunes of Huacachina, the natural beauty of Colca Canyon, and several other great sites, I missed out on a lot of things.

As I said, I didn't have enough time.

I met other travelers who had a lot more time, one of them a guy from Scotland (pictured below) who became a friend and was kind enough to let us use some of his photos (hence his name, along with a Peruvian friend's, in the caption), which he took in places I happen to want to see.

If I go back, these will be some good starting points. 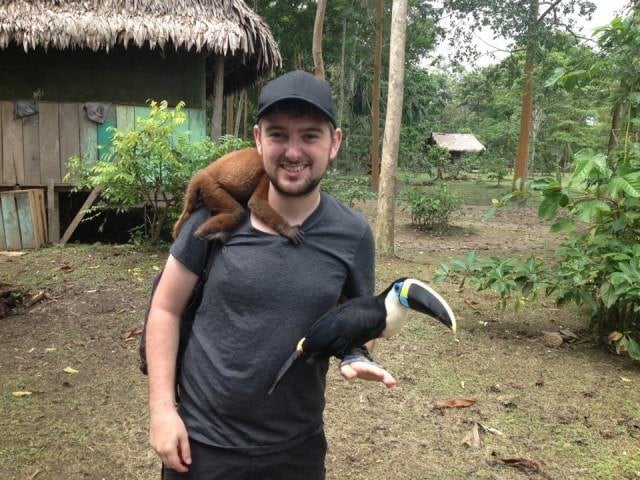 You can see a lot of great wildlife in Iquitos. (Photo: David Young)

Iquitos would qualify more for a story called Places I've Always Wanted to See in Peru instead of Places I Still Want to See in Peru.

I've always been intrigued by Iquitos, an island city that cannot be reached by land, a place a 10-hour boat ride from Leticia, Colombia's Amazonian capital.

I've seen great pics of beautiful blue-tinged toucans, various monkeys, and even some big snakes, and I want to get up close with all of them.

I've seen other photos of the indigenous people, some of them still wearing traditional garb and seemingly all of them happy to welcome visitors to their home.

It would be nice to fish the Amazon River too. I want to catch a piranha. It would be fun to eat a fish that could also eat me.

Maybe next year. I need to go to Leticia at some p0int, to write about it, so I might as well take advantage of the fact that I'm already near Iquitos.

I was so close to the floating islands, but I just couldn't get there. Next time, I will. (Photo: David Young)

The floating islands at Lake Titicaca, just outside Puno, were part of my itinerary for this last trip, but miscommunication between me and the tour operator ruined my plans.

From the pictures I've seen, these islands are made of mud, aquatic plants and any other natural debris the people who live there can find.

At Lake Titicaca, these people are called the Uros, and their villages are quite the attraction.

I'll pass through Puno again someday, on my way to Bolivia.

I'd like to think of Huaraz as the underground tourist stop. Not nearly as popular as Cusco and nearby Machu Picchu, but still a lot to see.

It has UNESCO listed ruins (Chavin de Huantar), it has a glacier (Pastoruri), it has lakes (Llanganuco), all near the town.

I've read the town itself is nothing special, just a bunch of drab concrete buildings that were built after an earthquake leveled almost everything about 35 years ago. But you don't go to places like that to stay in town.

I imagine when I finally get there, the town will be just a place to eat, sleep and shower. 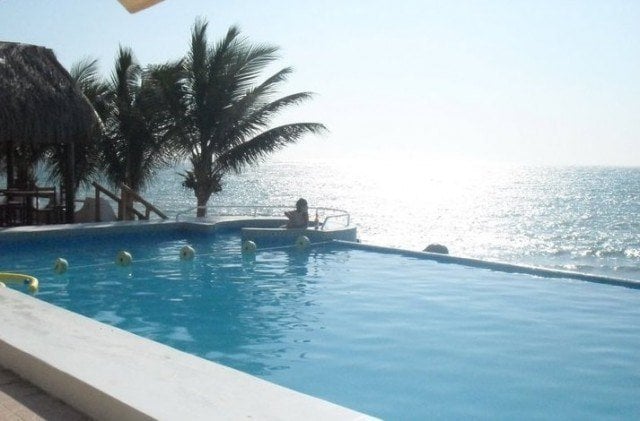 If you want to be by the beach, you should consider Máncora. (Photo: Jess Paucar)

When people find out I'm from Hawaii, they ask if I surf. If they've been to Máncora, they tell me I should go.

It would be interesting to surf somewhere outside Hawaii. I've never done it before.

Other than beach activities, there doesn't seem to be much. That's ok. The beach is enough.

North of Cusco, there is a natural setting where you can find jaguars and pumas, a half-dozen types of monkeys, and the capybara, the world's largest rodent.

This is Parque Nacional del Manu.

Most tours allow you to spend as little as three days there or as many as seven. Just realize the trip is not cheap. It will typically cost about $500 for a three-day, all-inclusive package, according to the research I've done online.

I didn't have the time on this trip, hence the reason there are places I still want to see in Peru.

I just don't know when I'll be back. As you read this, I'm getting on a plane to Brazil.

Peru is a country that I have grown to love more after returning home, so your list resonates with me. I spent a week in Mancora a couple of years back. It is dirty and scruffy, but there is something about it which relaxes the mind. The beach is indeed lovely and the surfing looked good to my untrained eye. It's also cheap and the ceviche is amazing! Another northern Peru highlight is the fortress of Kuelap, which is highly impressive and well with visiting... If you can stomach the journey.

Peru one on my favorites in South America great food, people, and lots of different culture. I definitely understand what you're saying there is so much to see with time.