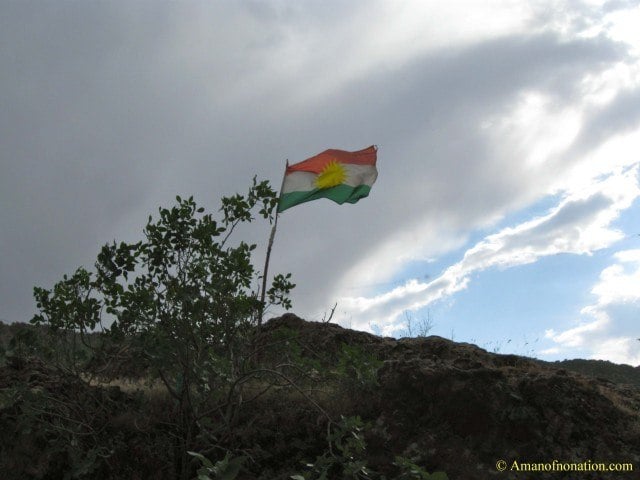 This is the next guest post in a series by Kevin Post. Read the previous installment here.

I slept incredibly well the night before with a full belly and peace of mind that things were going to work out after being rest assured that Iraq wasn’t as bad as other people made it out to be.

I’m not sure if Mahmed took time off of work or happen to have the day off but he managed to spend every second of the day making sure that my time in Arbil was full of learning opportunities.

We visited several beautifully decorated mosques for my introduction to Islam. Mahmed was a devote Muslim and as a believer it was his duty to share with non-Muslims Islamic values and teachings; something I had always wanted to learn more about.

The entire day consisted of me learning to wash before prayer, what to say during prayer, the history of Islam, poetry, love and numerous stories of westerners who’ve left their religion for Islam.

It was an incredible learning experience and experiences like these are primary reasons why I travel. I have to admit, I was tired and a little overwhelmed at times.

The pace changed as we went to Southern Arbil to meet with a group of young Turkish engineers.

After a 7 hour condensed Islam lesson I needed a break and the Turks offered me just what I needed: an afternoon free of politics and religion with impeccable English.

We watched a soccer match instead and talked about food. When the call to prayer blared from the nearby mosque one of the engineers shrugged and said with a smirk, “we’re not particularly religious.”

Walking down the streets of Arbil at night with my new Turkish friends seemed so normal that I completely forgot where I was.

I could have been in Turkey or Latin America for that matter if it weren’t for Arabic and Kurdish advertisements above us.

The supermarkets were filled with Turkish goods, a strange familiarity for me, which goes to show how intertwined Turkish and Kurdish communities really are.

They are brothers but often don’t seem to want to admit it.

I was embarrassed that everyone around me was treating me to food, transportation and entertainment. It was time for me, an appreciative guest, to start paying my share of things.

I met up with Mahmed once again and asked if he could take me to an ATM that would take my debit card. Everywhere we went it didn’t work.

“I have to leave tomorrow Mahmed,” I said embarrassingly.

“Why?” he replied with a hint of insult.

I explained that I had no money and had to return to Turkey where my debit card actually worked.

“No…” he replied followed by a pause, “You must see my country!”

He had me wait in the living room as he went upstairs to later hand me two crisp $100 bills. This man who I just met offered to help me continue my journey to Halabja near the Iranian border. I felt tears of joy welling up.

“Is there a Western Union in Zakho?” I asked. With a nod from Mahmed I assured him that I would pay him the money he lent me within two months. Mahmed shrugged unconvinced followed with a thick accented “okay”.

With my positive change in plans and without an alarm, I slept on the couch by the front door waiting for an early morning knock arranged by Mahmed.

I was heading towards Halabja.