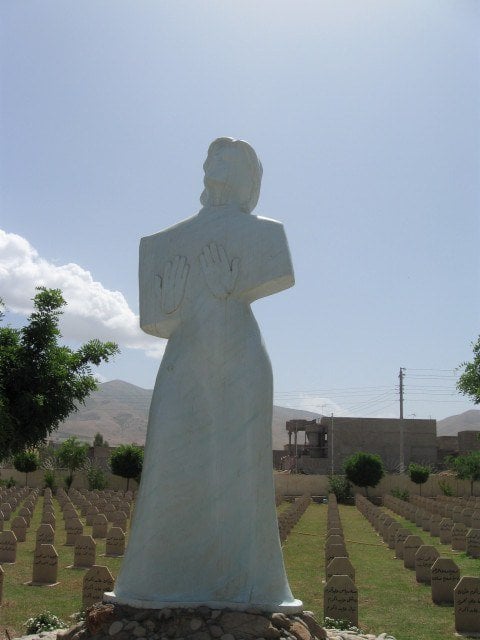 This is the next guest post in a series by Kevin Post. Read the previous installment here.

[B]efore dawn had the chance to blanket the landscape I heard a knock at the door that woke me up from a very light sleep.

No alarm had been set and I was already dressed for a day to a border town along the Iranian frontier. I was after all going to complete one of my main objectives in Iraq: Halabja.

I chose to visit for the purpose of showing respect to the Kurds who've taken great care of me throughout the Middle East. Halabja means a lot to the largest ethnic group without a homeland of their own. 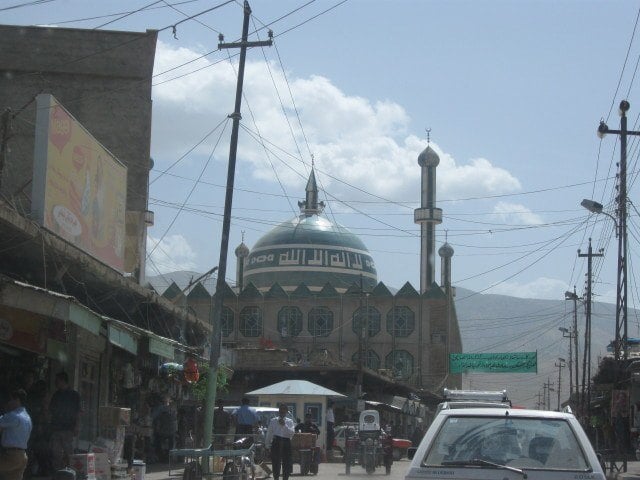 Halabja is a town roughly 10 miles (16 km) from the Iranian border and is infamous for the death of thousands of Kurds in a rain of chemical and biological weapons from the Baath Party’s arsenal on March 16th, 1988.

More than 5,000 Kurds were killed in a matter of minutes and as many as 30,000 were severely injured. An estimated 52% of the population was exposed to the toxic gases.

The Kurds are the largest civilian population ever exposed to chemical and biological weapons according to Mike Amitay, director of the Washington Kurdish Institute. 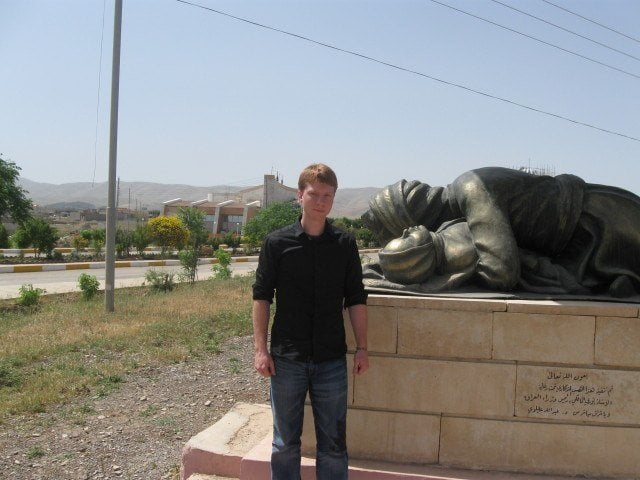 Monument outside of Halabja honoring those who were killed by Saddam.

I had the honor of spending time with a Kurdish Pêshmerge (in Kurdish, the word for soldier is literally translated as “those who face death”) hired by Mahmed to be my own personal driver, bodyguard and time saver regarding checkpoints.We did not share a common language but created a bond in a single day.

He spoke Arabic and Soranî, two languages I wasn’t familiar enough with to have a basic conversation so I relied on my Turkish and English with hopes that the Soranî or Arabic equivalent would have been similar.

We played a game as old as Homo sapiens have been around: I’ll point to something and say it in my language and you say it in mine.

A dog crosses the road, I say “köpek” the Turkish word for dog and he follows by saying, “saa”. 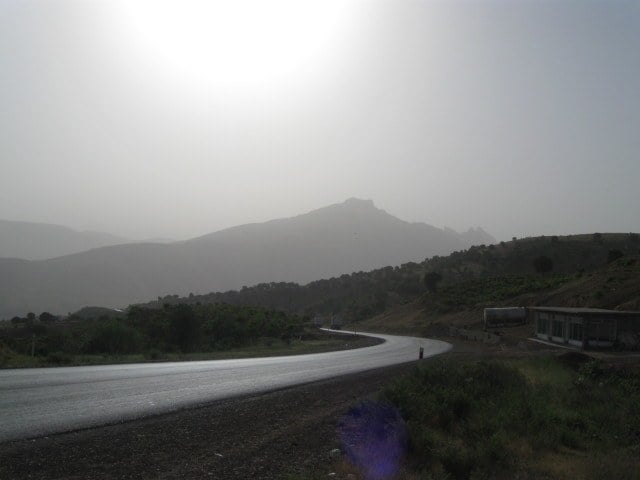 Stopping for a bathroom break on the way to Eastern Iraq

The sun was so bright that morning much of the drive I spent squinting.

The closer we came  to As Sulaymaniyah (Second largest Kurdish city in Iraq) the more lush the landscape became but alas, the powerful Spring sun created a glare on the windshield which didn’t allow for me to take descent photos.

After exhausting the extent of our tangible linguistic abilities Mohammad put in cassette tape of Daddy Yankee's “Barrio Fino.”

As a religious man, I am happy that Mohammad didn’t understand Daddy Yankee's lyrical content. I wanted to giggle but refrained from doing so.

The checkpoints became more common the further we drove but with Mohammad's wave of his left hand hours had been saved.

We arrive in Halabja, a town situated in a lush valley with a tragic past.

Halabja, once know for a being an agricultural hub and one of the largest producer of fruit in Iraq is now forever a reminder of genocide and one cannot escape this fact while in the town. 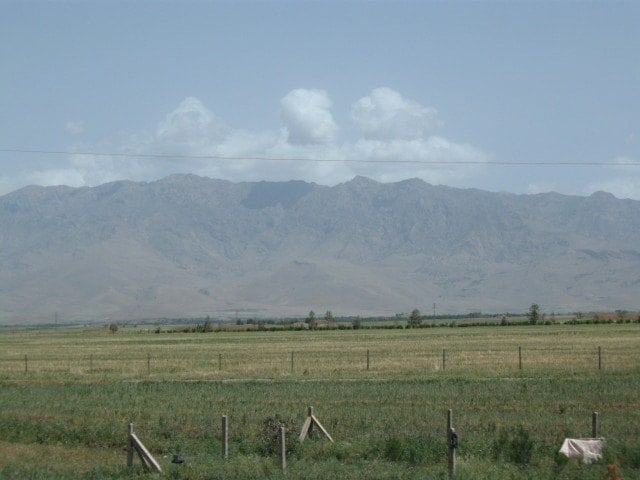 The mountains separating Iraq from Iran

Monument after monument forcing us to never forget the tragedy that occurred.

I met with Spanish journalists filming a documentary on the tragedy of Halabja and how exemplary the Kurdish region was for the rest of Iraq.

It was a relief to speak a language I knew well even though I was slipping in Turkish words out of habit from the past few weeks.

I wonder if I, being American, was mentioned in the Spanish documentary regarding the safety of Iraqi-Kurdistan; “If an American can come here safely anyone can!” I imagined they'd write in their article. 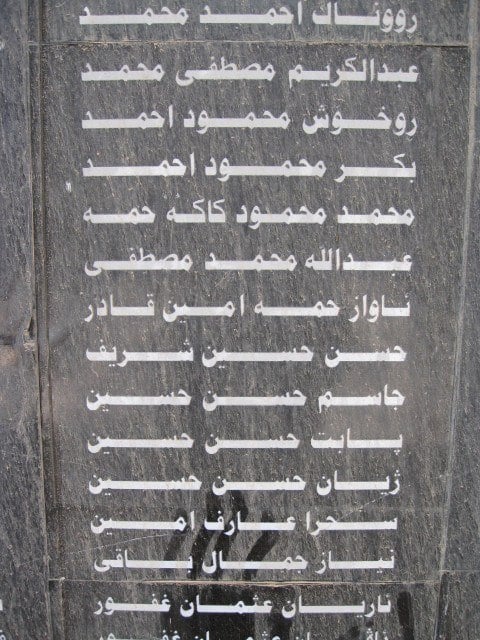 Long list of those who've died in the chemical attacks 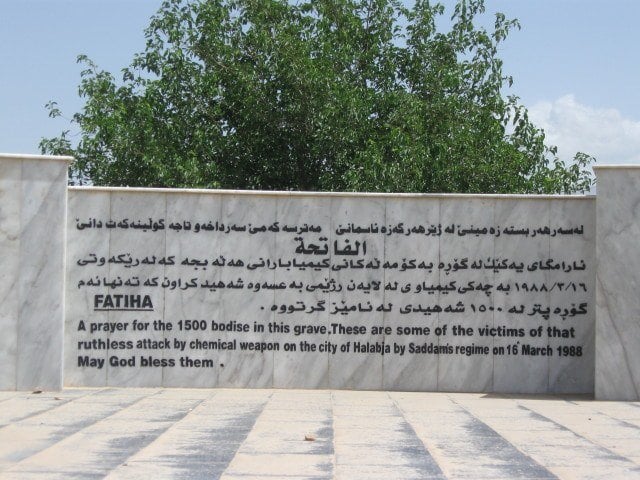 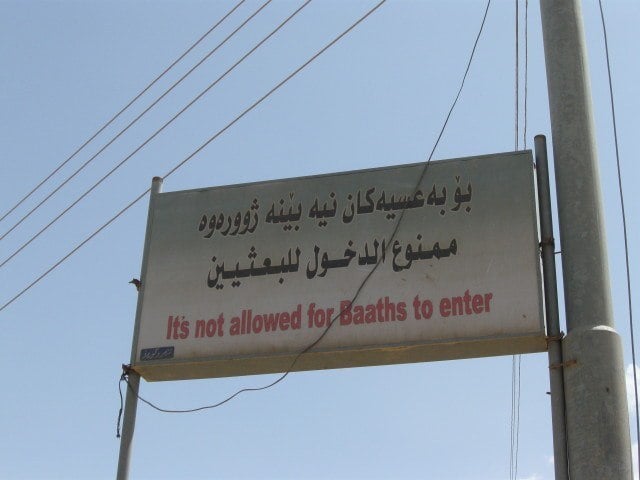 Upon entering a cemetery in Halabja 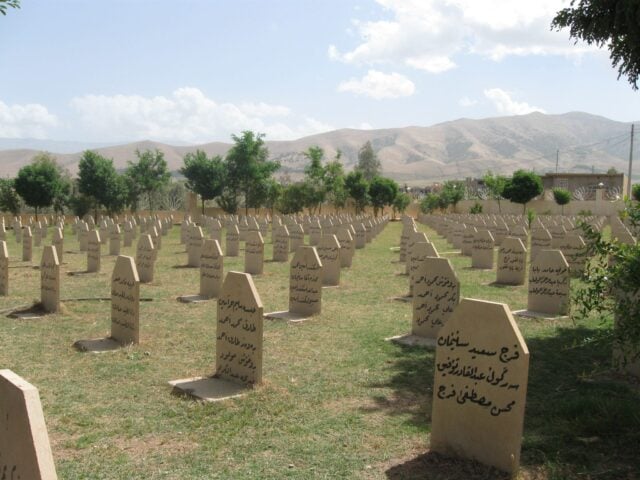 It was a solemn place and the mood never rose above depressing.

Mohammed, the man who took me to Halabja, had never been, and I saw a man tough as they come wipe tears from his eyes.

We left after a quick prayer in the mosque. I could have spent several more days exploring the lovely scenery around Halabja but tourism visa was running out quicker than expected.

After a melancholy day in Halabja, the road trip back to Arbil and then to Zakho lifted my spirits greatly on my way back to Turkey.