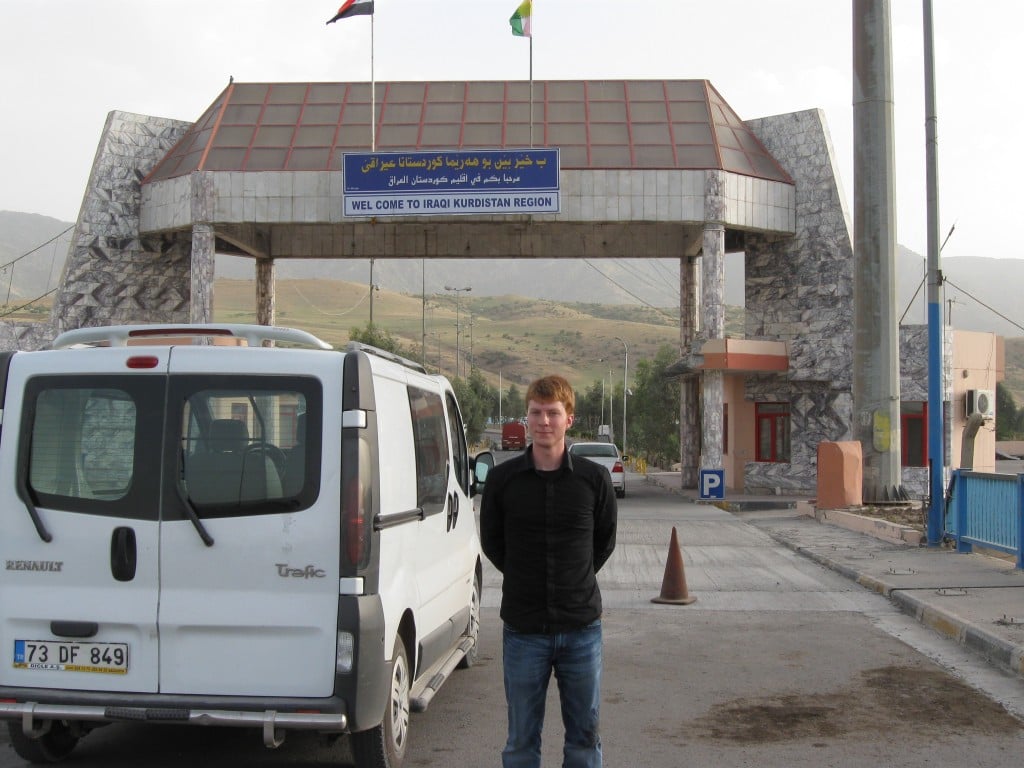 The author at the Turkish-Iraqi border

[U]pon entering Iraq, I was searched by boarder officer who had no idea how to open my backpack and had me try on my Colombian poncho to see what it was used for; it was awkward for both of us.

A few minutes later I was dropped off by the taxi driver outside of a currency exchange office.

While I waited outside, I was greeted by three Kurdish soldiers which was both friendly and uncomfortable.

While trying to have a conversation in broken Kurdish and English, one of the soldiers held up his cell phone playing ” My Heart Will Go On”? by Celine Dion softly in the background.

Seeing a tough, Kurdish soldier armed to the teeth listening to this song was strange enough for me, but he continued to say something along the lines of, ” Listen! Titanic! Don’t let go!” as if James Cameron’s ” Titanic” had just come out in theaters a few days prior to my arrival.

I understand that he was trying to relate to United States mainstream culture but all I could think was, ”You know that movie came out when I was like 10 years old right?”

After a few minutes expressing the friendship the Kurds and Americans share, I said my khwa lagal (goodbye) to the soldier and went into the currency exchange office.

There were roughly ten men chatting and laughing that hot afternoon while sipping sugary tea in the exchange office, and as I make my presence clear, all attention was on me.

I changed every cent I had from Turkish Liras (YTL) to Iraqi dinars.

Everyone laughed as I checked for counterfeit bills, because I’m sure that they knew that I had never seen Iraqi currency in my life.

After being offered incredibly sweet tea, I left with nothing but Iraqi dinars, my backpack, a notepad with important Kurdish words and phrases, and illiteracy of the modified Persian alphabet. 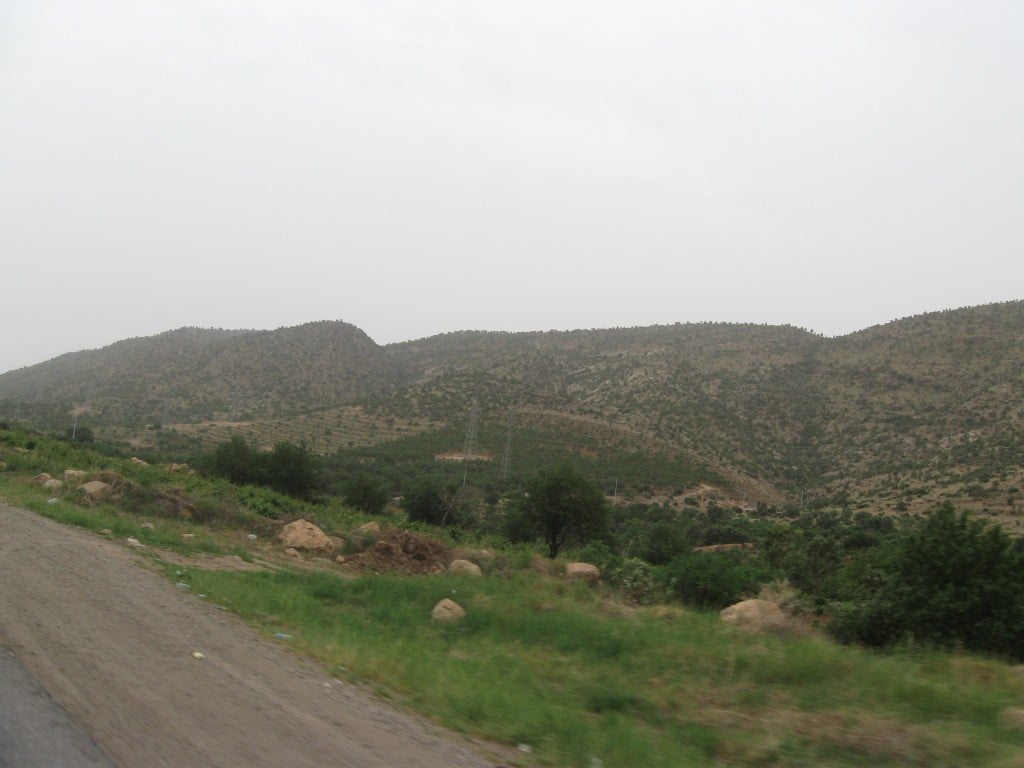 The road from Zakho to Dohuk

The graffiti on the walls was unreadable to me as I walked towards the town of Zakho, and for the first time in my life I truly felt illiterate.

I wanted to take pictures, but there were military instillations everywhere and I didn’t want to take my chances.

I was a little nervous walking into Zakho because I had no idea what to expect.

I had no contacts or the linguistic capability to communicate effectively with the local population.

It was getting late, and I hadn’t a place to sleep, but luckily I met several taxi drivers who spoke English and they recommended a hotel to me.

It wasn’t bad for $10 US a night, and the receptionist seemed incredibly excited to have an American who wasn’t a soldier in his hotel.

After a long day of traveling in 46ºC (114 ºF) degree heat from Turkey into Iraq and being overwhelmed just thinking that I was Iraq without telling my friends and family, I was exhausted and ready for bed before the sunset.

Before calling it a day, I took some time to people watch outside my window, as well as watch Kurdish television.

After listening to some Kurdish music and staying informed about happenings in the world via Al jazeera, I fell into a deep sleep, and slept incredibly well that night.

I woke up around 5am to catch a ride from Zakho to the Kurdish capital of Arbil (also known as Hawler). I hugged the receptionist goodbye, not only because it’s common to hug here, but because it was my way as an American to spread good vibes.

It was a four hour drive, with a stop over in Dohuk, and a short lunch break near Mosul.

Dohuk is a beautiful city that I believe will have a lot of potential for backpackers due to its mountainous terrain and cultural interests.

I didn’t have the time or the money to spend more than a few minutes there; I had to get to Arbil quickly because my host that a friend of mine in Istanbul connected me with was expecting me.

Definitely excited to see the second post in this series. Not too much is written about Iraq - especially by a civilian. It is nice to see that someone is taking the opportunity to visit the country. Can't wait to read the follow up and to see what becomes of his blog once it's up and running.

Definitely excited to see the second post in this series. Not too much is written about Iraq - especially by a civilian. It is nice to see that someone is taking the opportunity to visit the country. Can't wait to read the follow up and to see what becomes of his blog once it's up and running.