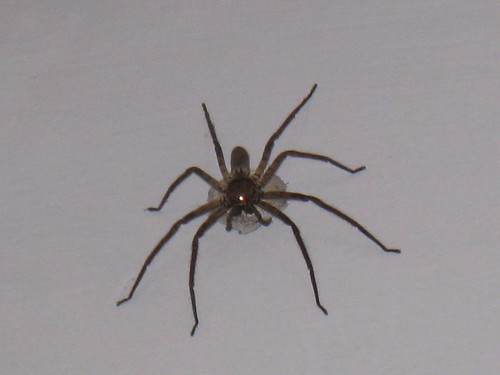 Have you ever jumped atop a piece of furniture in your home or workplace after seeing a mouse run by?

Grab your significant other to squash a spider?

Or douse a trail of ants with a full can of Raid?

The above reactions are all normal in the cities and suburban dwellings of developed nations, though if you're going to be a world traveler, it's time to desensitize yourself to close encounters of the creepy-crawly kind.

And not just the little buggers you're accustomed to at home – we're talking large, exotic, potentially poisonous, monster-movie inspiring creatures!

Worse than the actual close encounter is the state you'll likely be in – buck naked, or close to it.

I encountered a big, hairy spider protecting its egg sack when I walked into my hotel bathroom one morning in McLeod Ganj, India.

I nearly jumped out of my boxers at the sight of it chilling out near the window above my shower/bathtub. Conveniently, I was overdue for a day without a shower.

The next morning, it was still there, and I wasn't about to move it, so I mentioned it to the hotel staff who said they'd take care of it.

Whether it was the hotel staff, or the spider exiting on its own accord, it eventually left the bathroom and I was able to make use of the shower again. 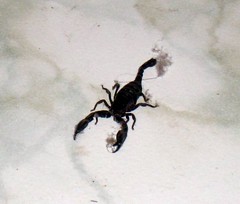 The biggest, blackest, badass scorpion I'd ever seen up close walked out of my bathroom in a hostel in McLeod Ganj.

My room was tiny, and I was abandoning it that morning for a 4-day trek.

I couldn't let the beast stick around.

The only thing worse than seeing a critter in your room is seeing it and then losing track of it.

You end up living in fear that it will crawl over your face while you're lying in bed. Or hitchhiking in your backpack!

After snapping the requisite photo for proof of the encounter, I scooted the aggressive little bugger out the door.

A hostel worker looked at it with the same level of surprise that I had and suggested the rain may have brought it out.

How it arrived in my bathroom, I could not figure out.

I use to think the itsy, bitsy roaches that invaded my Arlington, VA apartment were bad.

Then I traveled overseas to places like Belize, where a prehistoric, palm-sized cockroach landed at my dinner table while I was staying at Ian Anderson's Caves Branch Adventure Lodge. It was horrifying.

Luckily, on my trip around the world, I didn't see any more such monsters, but I did run into lots of roaches a good 3-4 times bigger than the ones I'd seen in my old apartment.

Actually, I ran into the first few the 5th night of my trip, as they were scuttling around the floor of my Couchsurfing hosts' house on Tahiti.

One time when I walked into the bathroom of my bungalow on Bali late at night, I had the pleasure of seeing a rather big roach with twirling antennae on my sink.

Not the kind of thing you want to see when you turn on the lights, bleary-eyed at 2 AM.

A few months later, during my attempt to go off the beaten track by visiting Koh Phayam near the Thai-Burmese border, I ended up in a rustic bungalow on a deserted island.

Unlike the well-known islands, nobody goes to Koh Phayam during the offseason. But I digress. The night was spent with my headlamp and roaches galore.

I was so glad the morning arrived without a giant boa constrictor slithering through the open windows and slipping into bed with me. 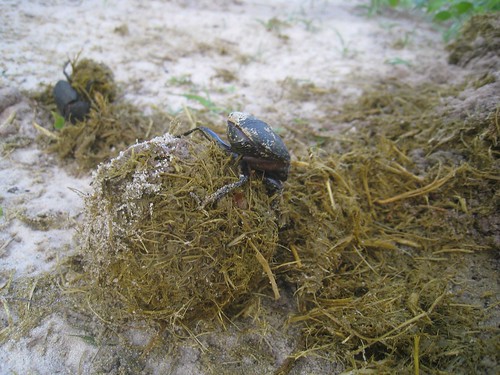 When an elephant drops a bomb, these unique dung beetles no doubt follow their noses and jump head first into the massive piles of dung.

As I found out in South Africa's Kruger Park and later Botswana, it is immensely fascinating to watch these beetles at work.

They try very, very hard to form the biggest balls of dung possible.

After observing the beetles at length, I can assure you it is no easy task.

If the dung beetles want to get the balls back to their homes (where I think they use them to lay eggs), they have to ensure the balls are well-rounded.

Otherwise, they can't roll them efficiently. It seemed especially hard for the ones we saw at Elephant Sands (campground) in Botswana because they had to try and roll the balls on soft sand. 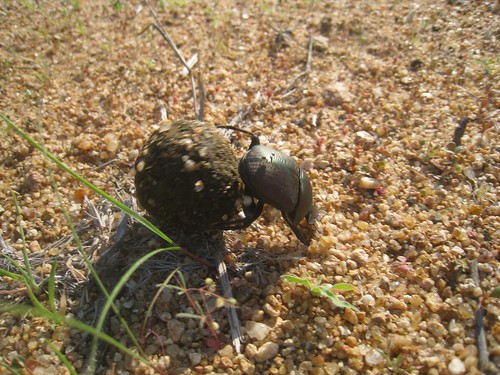 Of course, all this observation requires that you stare at a giant mass of elephant dung – the fresher the better, but it's worth it.

I highly recommend you see them up close if you can.

Many people these days are unaware of bed bugs symptoms. It is understandable since bed bugs together with some pests have been exterminated during the widespread use of DDT in the United States after World War I.

Hi Brooke - great to hear from you.

Ok, trying this comment box again, it seriously hates me... The black scorpion incident reminds me of my adventure in Copan, Honduras SO CREEPY I hate bugs and I'm pretty sure they hate me too!

The kinds of bugs and critters you find outside your own country can be fascinating....and yes, a little scary!

How Amazing the Creep-Crawly Kind is! But I will be afraid of them.