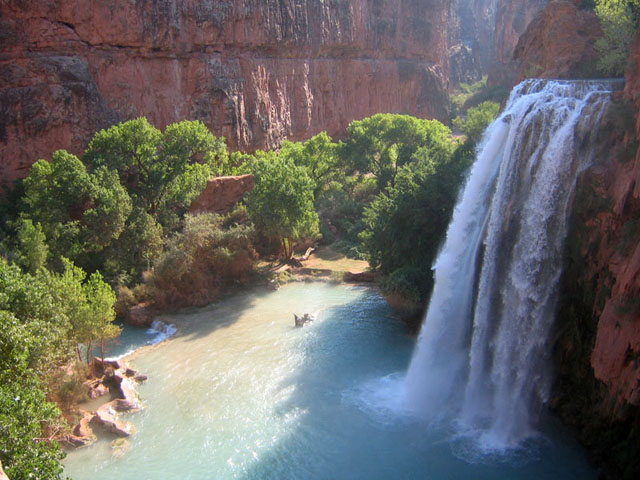 We're quickly approaching the end of 2012, and with that in mind, I've collected the most visited posts published in 2012.

From hiking in Arizona to trekking in the Peruvian Andes, these are the…

1. Hiking the Havasupai Trail to Havasu Falls (by Mark)

2. A Woman's Guide to Using Squat Toilets (by Brooke)

3. 10 Famous Prisons Around the World (Advertorial)

4. 5 Destinations for Hot Guys Around the World (by Brooke)

7. The Salkantay Trek to Machu Picchu (by Dave)

8. 5 Things I'd Wish I'd Known Before Becoming an Expat in Australia (by Brooke)

9. Machu Picchu in Pictures (by Dave)

In addition, I want to highlight 12 posts which reflect the wide range of topics and destinations covered on Go Backpacking in 2012.

Argentina – My First 24 Hours in Buenos Aires (by Dave)

Australia – The Truth About Deadly Animals in Australia (by Brooke)

Germany – Oktoberfest Guide: How to Crash the World's Largest Party (by Dave)

Iceland – Witnessing the Northern Lights in Iceland (by Dave)

North Korea – Run DMZ: Visit to the Most Dangerous Place on Earth (by Larissa and Michael Milne)

Peru – Jaguars and Thunderstorms on the Tambopata River (by Dave)

Russia – The White Nights of St. Petersburg (by Brooke)

Tanzania – Dining at the Night Market in Zanzibar (by Mark)

GREETINGS TO YOU ALL

That orangutan is SO CUTE. He seems a lot bigger than the ones we saw in (Malaysian) Borneo!

I don't know how I didn't notice the Havusa Falls post before! Exactly what I've been needing since we plan on doing this eventually.